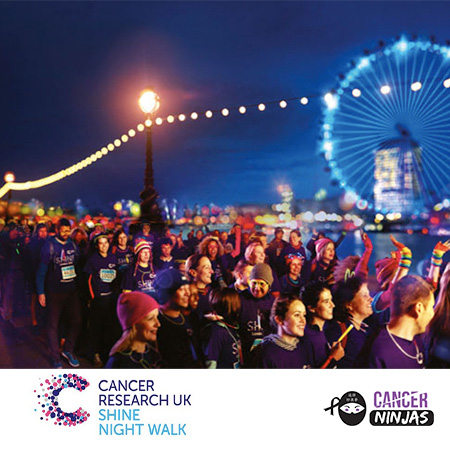 Share4
Tweet
Pin
Share
4 Shares
Half marathon night walk through the streets of London all to raise money for the fight against cancer.
Raising funds for: CRUK Shine London Walk 2019 Parent
99.75% Raised
£498.75 raised of £500.00 goal of which £98.75 was Gift Aid
13 Donations
Campaign has ended

Everyone is, or has been, close to someone who has suffered from cancer. To help fight this horrible disease, thousands of people will be joining together to make the half marathon walk through London on the night of Saturday 21st September to raise money for Cancer Research UK.

Mike, my friend, and business partner, set up Cancer Ninja’s shortly after he lost his wife Sharon to cancer. Since that time Cancer Ninja’s has raised almost £200,000 for Cancer Research UK. Nothing deducted….it all goes to the charity. A magnificent effort on his part and all the people that have rallied around him to help.

This is my third year taking part in the walk. It’s been fun doing it and great to be able to make a contribution towards a super charity. All donations of any size  gratefully received. 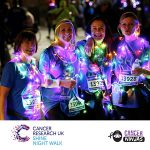 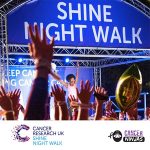 Half marathon walk through the streets of London at night all to raise money for the fight against cancer.

You can find out more about which cookies we are using or switch them off in settings.

This website uses cookies so that we can provide you with the best user experience possible. Cookie information is stored in your browser and performs functions such as recognising you when you return to our website and helping our team to understand which sections of the website you find most interesting and useful.

If you disable this cookie, we will not be able to save your login and donation preferences.

This website uses Google Analytics to collect anonymous information such as the number of visitors to the site, and the most popular pages.